The NbS Project in the UAE 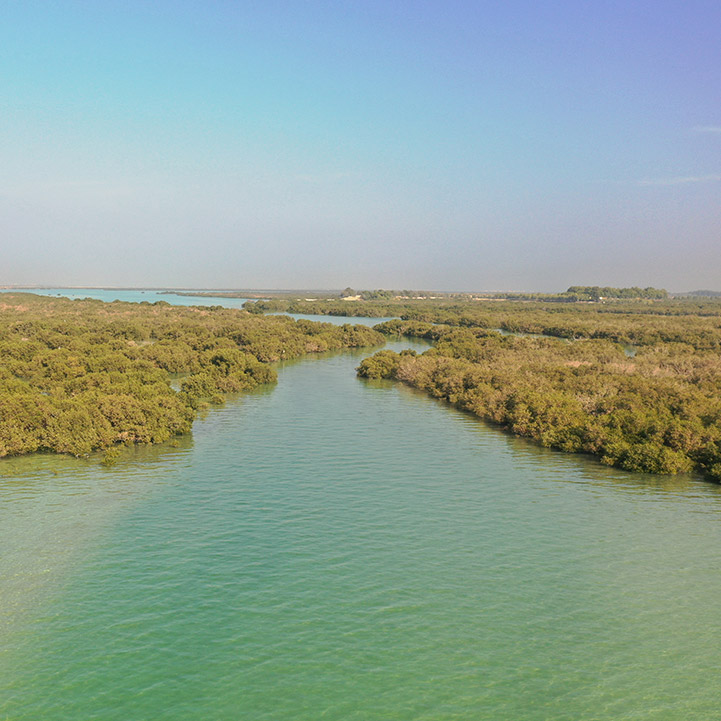 Marine and coastal ecosystems are under threat globally from rising human populations, rapid urbanization, and climate change. Global marine species populations have declined by nearly 50% since 1970, and climate change is expected to become the biggest driver of biodiversity loss in the decades ahead.

Coastal ecosystems are critical allies in the fight against the most catastrophic impacts of climate change.

In the Arabian Gulf, increasing pressure from rapid coastal development and urbanization, among other factors, have resulted in significant changes on the coastline. And despite their importance, Blue Carbon ecosystems are some of the most threatened ecosystems on Earth: the International Panel for Climate Change (IPCC) estimates that nearly half of all coastal ecosystems have been lost over the past century, and they continue to be degraded or destroyed at four times the rate of tropical forests.

The degradation of these ecosystems will not only release stored carbon into the atmosphere but will also cause them to lose their function as carbon sinks. Blue Carbon ecosystems in Abu Dhabi store an estimated 52–181 million tonnes of CO2eq within their soil and biomass.

For preserving and restoring ecosystems alone, the required global investment is estimated at US$300 billion to US$400 billion, while only US$52 billion has so far been invested in such projects, primarily from public and philanthropic sources.

Attracting financial flows to support global action towards natural capital conservation and Nature-based Solutions is fundamentally important for the future of our planet.

More about the project